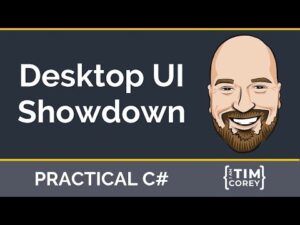 IAmTimCoreyWinForm vs WPF vs UWP vs Console - The C# Desktop UI Showdown (and the future with .NET 5)
Read More
Which C# desktop UI should I use? Is the latest one the best? Is WinForms dead? Aren't Console applications super-old technology? These are all questions askedt on a weekly basis so Tim Corey takes some time and walks through the four major options for desktop applications. Tim will discuss the benefits and drawbacks of each UI, and then he will discuss the future. Duration: 59 minutes. 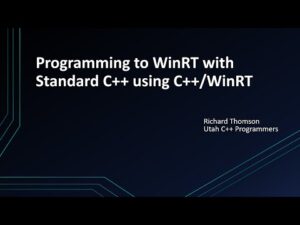 Utah Cpp ProgrammersProgramming to WinRT with Standard C++ using C++/WinRT
Read More
WinRT is designed to be language agnostic and follows in the footsteps of COM (the Component Object Model) that has been on Windows platforms since 1993. To access the WinRT API you use a language projection appropriate to your programming language. C++/WinRT is a language projection that uses only standard C++ mechanisms. Richard Thomson goes over a little bit of the history of WinRT and how it relates to previous APIs available to C++ programmers on the Windows platform. Next, he will discuss the mechanisms used by the C++/WinRT language projection implementation, which is a pure header-only library. Finally, Richard will take a look at some examples of C++/WinRT applications and the support Visual Studio provides for writing such applications. Duration: 1 hour and 2 minutes. 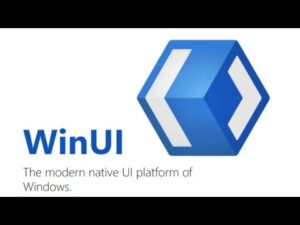 dotNETZurichWinUI 3.0 - Building Modern Desktop Apps with .NET and C#
Read More
There are many choices for .NET Windows Developers to build a desktop application with C#. You can choose Windows Forms or WPF, both were ported to .NET Core and are available with the current .NET 5.0. You can also choose the modern WinUI 3.0 framework to build a desktop app with .NET 5.0 and C#. WinUI 3.0 is an evolution of the UWP XAML framework. Then there are also cross-platform frameworks like .NET MAUI and Uno Platform. In this session, you'll get an overview of the different UI frameworks, and you'll learn how to build your first WinUI 3.0 desktop application. Duration: 1 hour and 34 minutes.